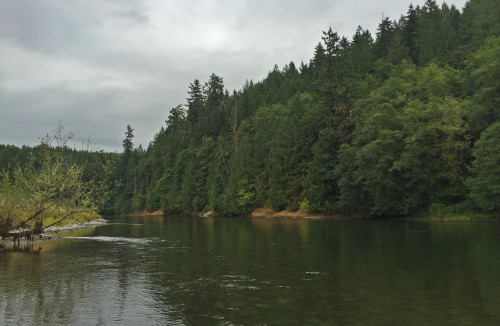 I live now in a land of water, forested riverbanks, anadromous fish, and sasquatch sightings. I’ve described this to a few friends, but fishing up here is both more diverse and more complicated than what I’ve known previously. The options are limitless here but the effort to get to those options is much more serious that my desert wanderings.

A new state means gaining new opportunities and losing some hard-earned familiarity.  I’ve returned to the back of the line, and I’ve turned my insight and experience in for a hunger to learn and soak in what the seasoned have learned over long stretches of time. 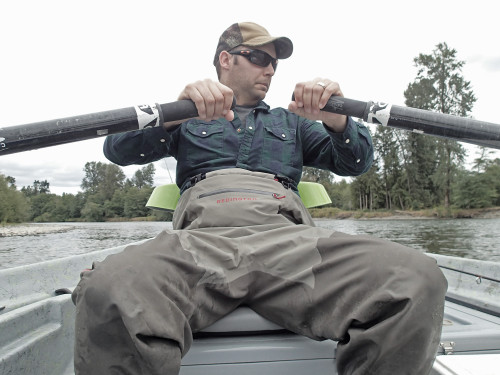 I need some reps before I’m adept at this rowing stuff.

A new state means figuring out which tribe I align with…guys that love fishing in the visceral way I do but don’t take themselves or this sport too seriously. By way of sheer numbers, the sociology of fishermen is more complex. A diversity of teams and tribes fish this place I call home and they all have their own set of values and causes.

A new state means buying heavier gear as to not be outgunned in every fight, even though the adversary will change constantly based on time of year and location.

A new state means casting to fish that aren’t eating, and doing it on purpose. 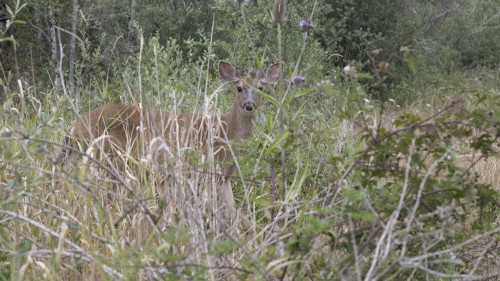 Got out of the driftboat to be greeted by a family of very brazen deer.

A new state means that conservation sometimes looks like keeping the catch, so that the wild ones live on. Four nights of steelhead meals for my family and dinner guests is a great way to make room for the wild fish surviving the mess we’ve created. 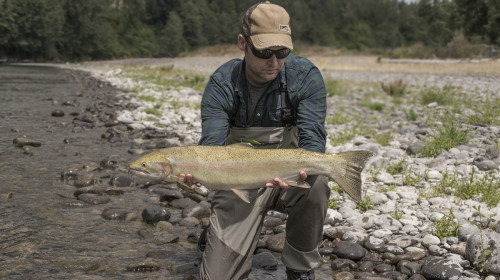 “The steel is real.”
That’s my obligatory and completely obnoxious
catch phrase when I hook one of these.

A new state means starting over. I’ve already experienced the generosity and tutelage of new friends out on the water, and that makes the daunting task of a reset a little less daunting. Now it’s time to shake this Pacific Northwest a bit and see what falls out. 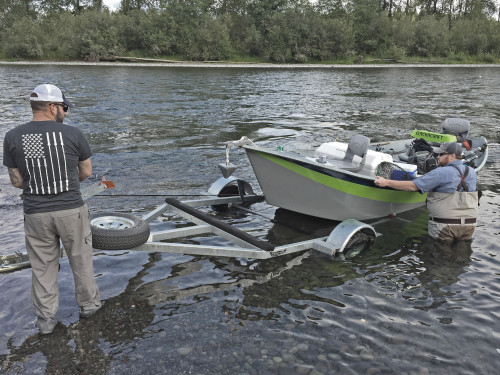 The only boat on the river to elicit random cries of, “go Hawks!” from the banks.