Last January in the damp center of our first Seattle winter, the wettest on record I might add, a friend reached out wondering my affinity for calamari. I referenced an NPR story that changed my views on the topic and added that I was up for trying some fishing, even if it wasn’t technically fishing. He kept saying, “we have to get there early”. Maybe three or four times it came up. As is often the case, these kinds of details make a whole lot more sense later.

We showed up an hour before sunset, though the overcast skies weren’t going to let you know that. Two men stood on one corner of the broad dock, hunched over and lifting their rod tips up every few seconds. We nestled in along side them and began our tipping and hauling. For the next few hours I learned about squid, cultural differences with Asians regarding personal space, how to use a car battery in the rain safely, and how to not get inked while handling these amazing little creatures. Getting there early was indeed important; not for the catching of squid themselves but for the others that make a habit of fishing for them.

I also learned that over the course of my life fishing has almost exclusively hinged on activating one primal need in fish, namely eating, and that there exists one driving force even stronger. Something more potent than the pangs of an empty gut. Squidding relies on this visceral and hardwired need. The truth is, I feel better about fooling a trout into slurping a stonefly than disappointing a squid into coitus interruptus turned execution.

I became pretty adept at cleaning the little cephalopods in my kitchen. I didn’t end up getting to eat much of it, because they don’t keep long, and I never found myself searching the fridge and deciding that squid was the answer to the pangs of hunger I had in my own empty gut. At least I knew it was actually squid. 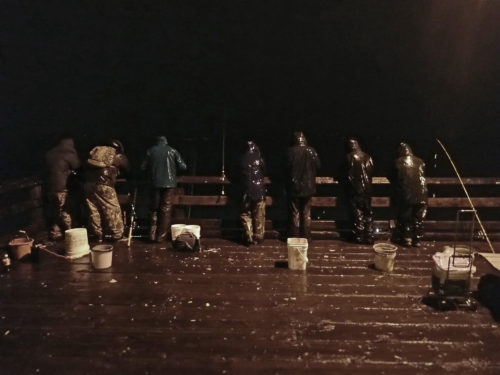 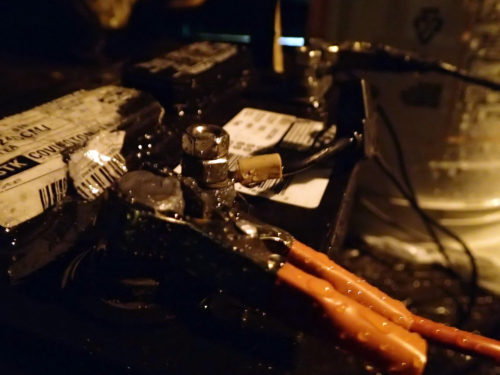 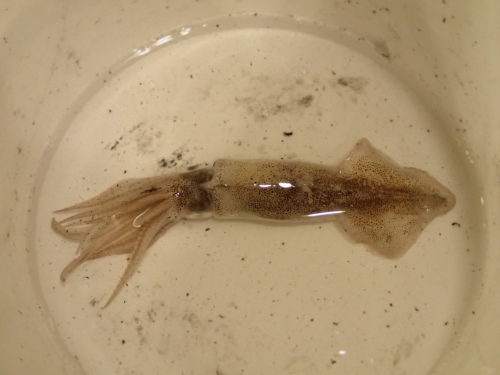 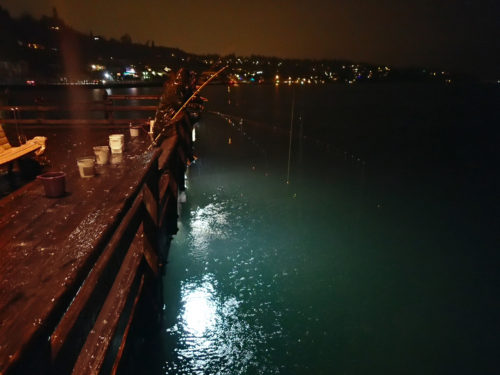 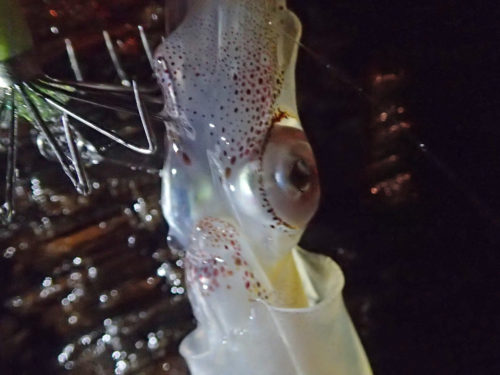 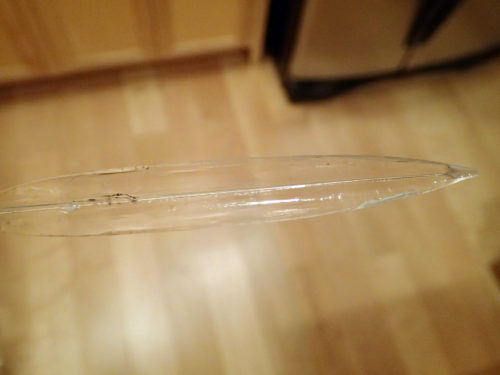