I’ve always had an insulated appreciation for the charisma of Pyramid Lake.  It’s a mysterious and deathly place, yet hauntingly beautiful.  The Paiute tribe dwellings appear to have dropped out of a time-warp and the usual quaintness of small towns is replaced here by eery silence and temperamental weather.

It’s a simplistic reduction, but I would rather be stalking trout in a mountain stream, reading the topography and staying on the move, than standing on a step ladder and waiting for a world record to swim by.  After a generous friend recently purchased a season license for me, I was keen to try it a few more times before I decided that Pyramid Lake wasn’t for me.

In my first outing this week, we headed down to a western beach and joined the masses atop their ladders.  From afar, you could mistake them for old pier pilings, but as you drive down to the water they look more like stationed guards, patrolling the beach from watery invasion. Listening to the catty conversations atop those ladders would do much to explain the reputation that our sport has.  One moment, men are helping others to enjoy the day and the next engaging in a pissing contest for who invented what technique when and who’s prom dress is the prettiest.

Doug got a few to hand and Gilligan got into a nice 9-pounder but it was a slow day even by Pyramid standards. This first trip confirmed what I have known of where the Truckee terminates.  She is a fickle place.  You have to put in your time staring across the grey water and sky to claim a prize. 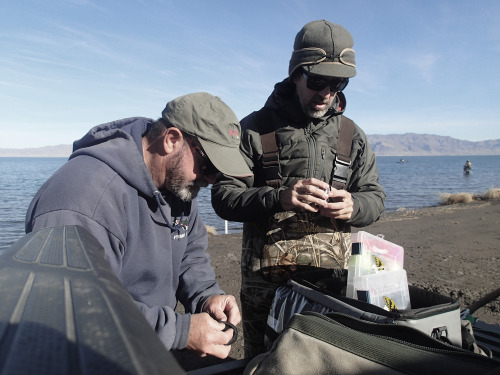 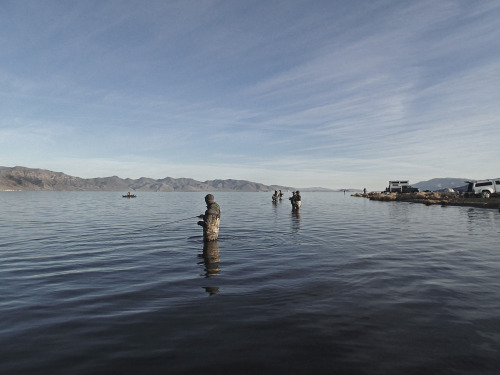 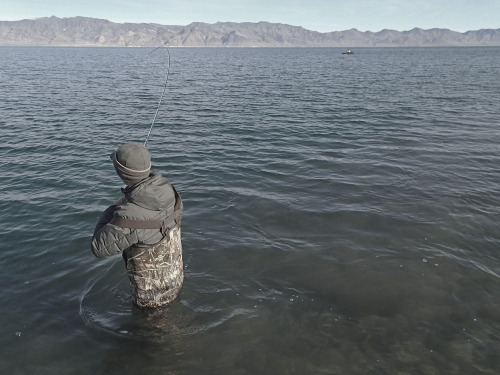 Gill putting the pressure on. 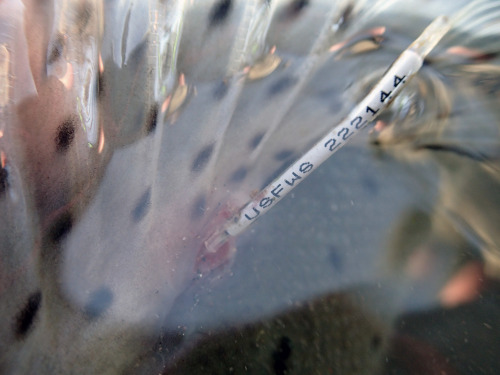 Many cutties carry tags for research. 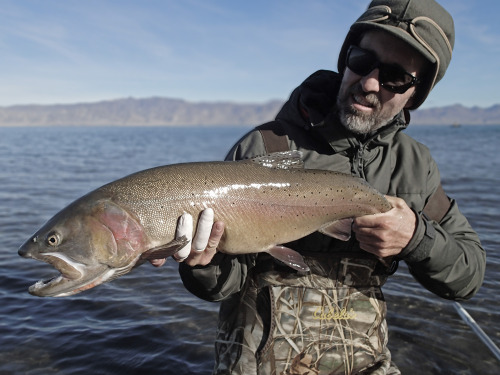 Colorful fish on a calm day.

Our return trip was different altogether.  The weather was dark and brooding. Instead of strangers the company this time was friends and friends of friends. The usual banter amongst outdoorsmen was in play, but more kind and fraternal.  I felt grateful to stand between these men (four of the seven professional guides) and in the end was surprised to hold my own.  Three fish to the hand, two missed grabs, and several follows accounted for the best day I have ever had at Pyramid.

(pictures below taken by Stefan McLeod) 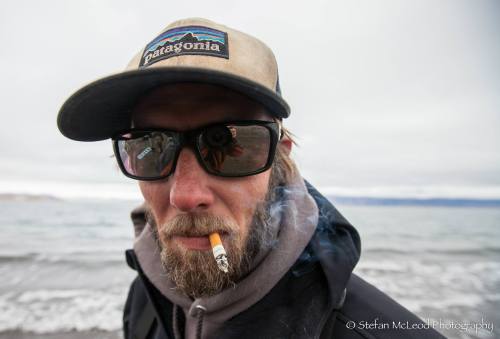 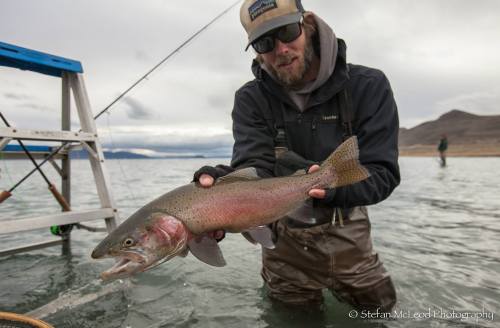 Matt Hargrave stickin’ a little Montana to the cutties. 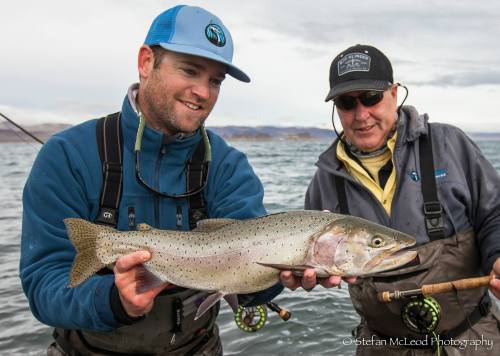 Matt Heron showing his Dad the ropes. It was their first time fishing together since Matt’s Mom passed this last spring. 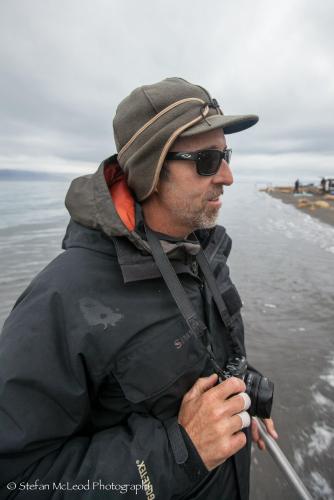 Gilligan rockin’ the Fuji XE2 and a Stormy Kromer. 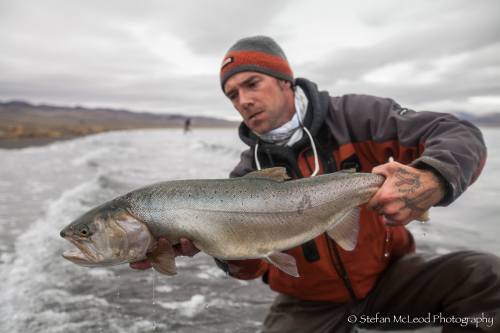 Stefan held on to this brute of a 10-pounder despite some great runs.

Fighting a cutthroat with a pit crew on hand. 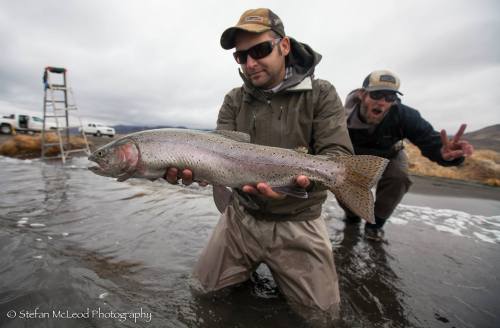 Montana Matt is a ticking photo-bomb.  Not a monster but I was content with my day regardless.

My only Black Friday purchase this year was a four-foot Werner ladder from Home Depot for $17.48.  My first love in fly fishing will always be upstream of this addictive lake.  Although the Truckee has had a good week in terms of flows, she’s still pretty battered.  That said, I feel like I may finally have an alternate place to get alone…alongside someone else, cast my line out, and see if I can beat the odds.

One thought on “Breaking the Curse”