I’ve been starting to revisit some of my favorite holes in the Truckee since making the switch to a fly rod.  It feels like starting over in many ways, but the rewards have appeared occasionally.  Last week I returned to some deep water I was fond of.

Two casts in, something angry ripped my beer-head baetis off the line with 2 big shakes.  I used to be able to tell the size of a fish plus or minus 2 inches from the moment I hooked up.  Not so anymore.  Learning what fish feel like on the fly rod has been one of the biggest challenges, but having recently landed a few 20″ers, I am pretty confident this guy was much bigger than that.

Then a few casts later, something lighter took me for a ride.  After a nice surfacing and plenty of swim-bys, he broke me off.

Determined to finish our exchange, I popped back to the same run yesterday.  Despite the silty water, I managed to hook up with a fish before heading into the office.  I’m 90% sure this is the same 19″ fella.  My need for closure satisfied, I left with a grin on my face.  Long live the baetis. 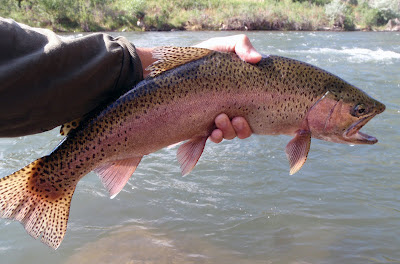 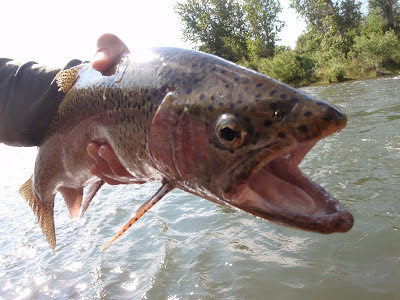 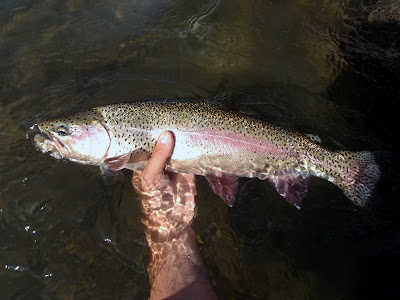