Ended my recent whitefish streak with a couple bows. Funny how whitefish are considered second rate. I don’t think any one has told them that, because they fight like angry tanks.  I’ve learned to recognize the very specific head shake on hook-up, so now I’m less surprised when those golden scales come to the surface.

Today, the fly of choice was a micro mayfly, with a skwala stone up top and some split-shot to get into the feeding lane. 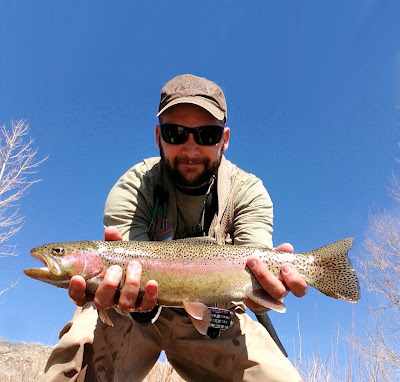 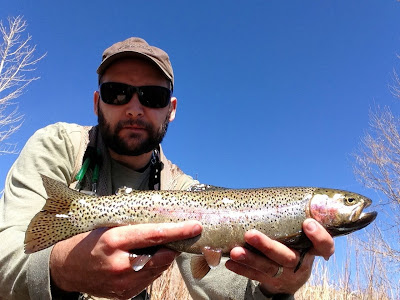 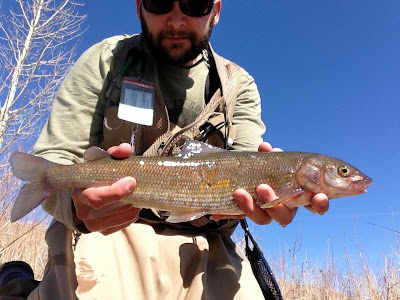 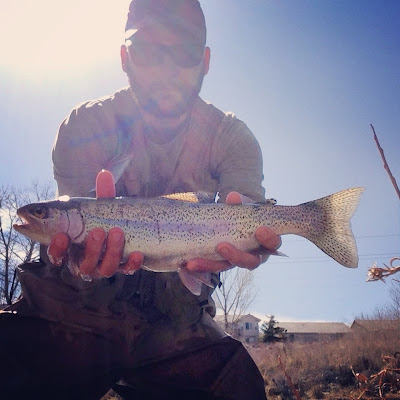 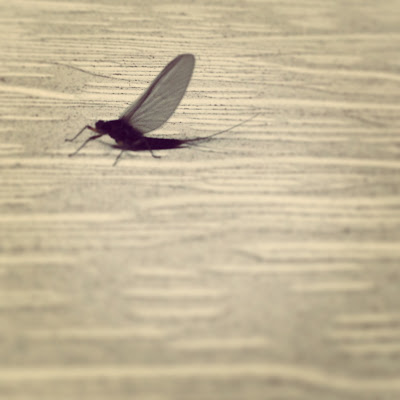 This last one took a baetis and gave me a good run.  Post-spawn I believe, and had the scars to prove it.  Huge gash on the head, and the tail was worse for the wear.  Some nearby construction workers were hooting and hollering while I reeled him in…urban fishing, right? 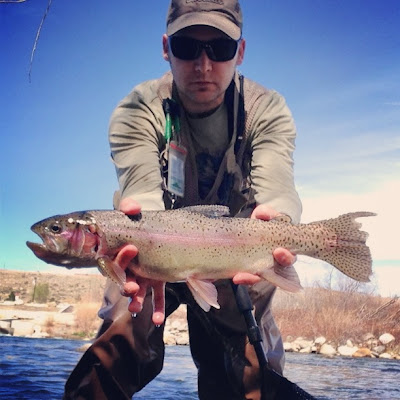 These self-shots are taken with a fancy tripod called a river rock.  Boom.