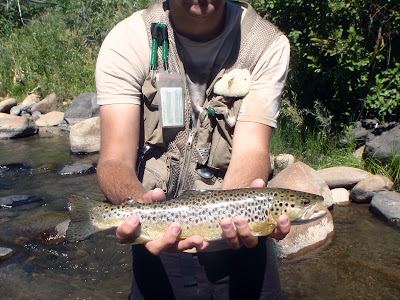 In the neighborhood overlooking this stretch, I met an old timer that told me about a monster brown that lived down below, that he had named “Hank”.  He said he’d hooked him 2 times in 10 years, and landed him briefly one time.  I laughed when he told me the name, but I quickly realized from the cadence and tone of his voice, that this story was no laughing matter for him.  I wondered how many mornings he popped down from his backyard for a date with Hank.

15 minutes after I caught this little brown, I hooked Hank.  25″+ brown with attitude.  Saw him 3 times before he spit the 2-bit hooker out of his mouth.  Lost him when he figured out where I was and headed straight for the other side of the river in fast water.  He darted from big rock to big rock and covered an insane amount of water in about 6 seconds.

I was heart-broken.  I still have chest pains when I think about it.  Some fish really do act like they have a plan in mind in the event they ever get hooked.  Hank was a planner.

Some other shots from this month: 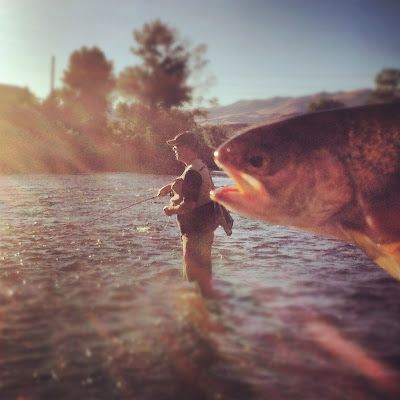 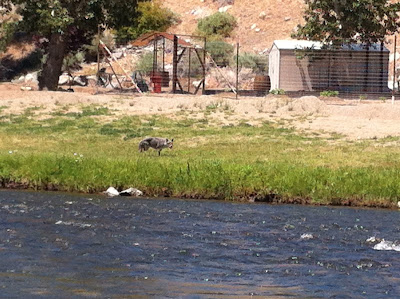 Creepiest animal I have ever encountered on the river.  Some kind of fox with 3 legs. 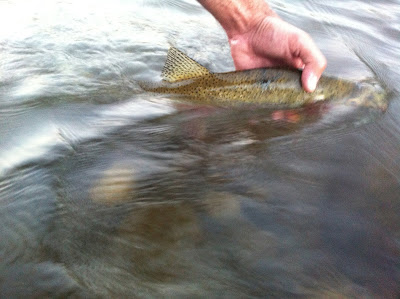